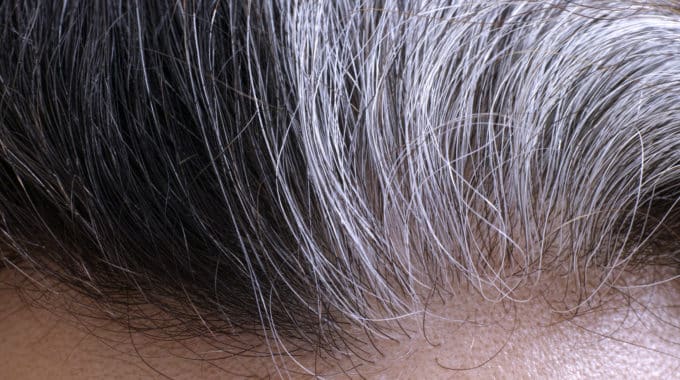 Hair graying is frequently considered a natural part of aging. However, recently there has been some fascinating research into the causes of hair graying and even hints that the graying process can someday be reversed.

Scientists from UT Southwestern Medical Center recently discovered a protein called KROX20 which turns on hair progenitor cells. This in turn stimulates the production of a protein essential for hair pigmentation called Stem Cell Factor (SCF). When they deleted SCF in mice, the scientists discovered that the mouse hair turned white, thereby simulating the processes of hair graying. These scientists are currently investigating whether these similar factors regulate hair graying in humans.

While the above research findings help us understand the causes of hair graying, another recent scientific observation may provide clues on how to reverse the hair graying process.  A case series published recently in JAMA Dermatology describes hair repigmentation in patients taking anti-PD1 immunotherapy for lung cancer. Moreover, hair repigmentation was correlated with a good clinical response to the anti-cancer treatment. This observation suggests that the hair graying process is not permanent and may someday be reversed with modulation of the immune system.

Many cosmetic and medical dermatology treatments can be done year-round, but are preferentially done in…

While we’re all happy for an opportunity to celebrate, you may be wondering what exactly…